The reserve is the secondary parachute that is used in emergencies such as when the main parachute has not deployed correctly. The main parachute is designed to promote performance; however, there are times when this parachute may undergo certain problems, resulting in the release of the reserve parachute which is created as a reliable back-up parachute.

How does it work?

The initial parachute is released once the pilot chute deploys. This pilot chute releases the pin holding the main chute in place, allowing it to be deployed. In emergencies, the skydiver can deploy their reserve parachute through a series of actions. The first of these actions is to cut the main parachute by means of a release handle. After the main chute has been cut away, the reserve can either be released automatically by a cord called the reserve static line, or it will need to be released manually with a handle.

Why is it necessary?

The reason for the use of a reserve parachute is for the safety of the skydiver. While there is a chance you may never need the reserve, it is always helpful to have it in case of an emergency. The reserve parachute will always be packed by a qualified rigger to ensure it is packed according to the regulatory standard.

We also offer skydiving in
Hazyview Mpumalanga – Find out more. 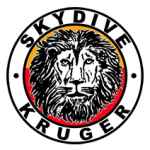 © 2019 Icarus Skydiving School & Air Wear 2019 | Designed By 100 Degrees Digital Marketing
We use cookies on our website to give you the most relevant experience by remembering your preferences and repeat visits. By clicking “Accept All”, you consent to the use of ALL the cookies. However, you may visit "Cookie Settings" to provide a controlled consent.
Cookie SettingsAccept All
Manage consent

This website uses cookies to improve your experience while you navigate through the website. Out of these, the cookies that are categorized as necessary are stored on your browser as they are essential for the working of basic functionalities of the website. We also use third-party cookies that help us analyze and understand how you use this website. These cookies will be stored in your browser only with your consent. You also have the option to opt-out of these cookies. But opting out of some of these cookies may affect your browsing experience.
Necessary Always Enabled
Necessary cookies are absolutely essential for the website to function properly. This category only includes cookies that ensures basic functionalities and security features of the website. These cookies do not store any personal information.
Non-necessary
Any cookies that may not be particularly necessary for the website to function and is used specifically to collect user personal data via analytics, ads, other embedded contents are termed as non-necessary cookies. It is mandatory to procure user consent prior to running these cookies on your website.
SAVE & ACCEPT